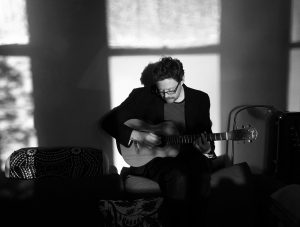 Stephen Brett has been writing and singing songs for over 20 years as part of The Mojo Fins and, ever since their disbandment, for his new endeavour SJ Brett. 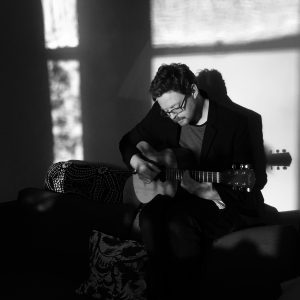 He is joined in this live incarnation by Nick Van Vlaenderen on drums and vocals (Rhythm Rifles/South Coast Soul Review), Oddur Runnarson on guitar (Lamb) and Paul Pascoe on bass (Beat Hotel/Mudlow/Palm Springs). Stephen and band continue to debut and try out new material from a large and varied songbook amassed since the demise of The Mojo Fins and will be releasing a debut album in early 2019 on Amazon Records (through Brightonsfinest Presents).

His songs have seen him invited to perform at many stages and festivals including the coveted Q Magazine stage at Glastonbury Festival and Canadian International Music Week. His songs have received wide ranging critical acclaim as well as national airplay on BBC 6 Music, BBC Radio 2, Radio X, and Absolute Radio. Stephen has also worked at the world renowned Rockfield Studios writing and recording two LP’s and an EP with esteemed producer Dave Eringa (Manic Street Preachers, Idlewild, The Who)