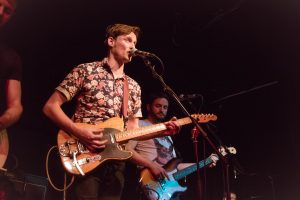 “Fragile Creatures seem fully evolved and adaptable to any dangerous environment on their debut LP, …And Other Wild Things, which is versatile and slick and often bares its fangs.” THE VERSE

The mighty Fragile Creatures are one of those rare beasts: a commercially viable proper guitar band. Their debut album …And Other Wild Things, released spring of 2016, takes you on a musical and lyrical journey, documenting post-millennial life in the UK. Covering themes as diverse as life, death, drugs, sex, dementia, armageddon and Alan Turing whilst delivering their music wrapped up in the warming textures and tones of harmless rock’n’roll, in all its multifarious glories. In a time when the call for the reinvention of guitar music is a daily occurrence, it is refreshing to hear a band who, whilst standing on the shoulders of their heroes, are forging ahead, dreaming of the future and creating beautifully crafted songs that will lodge themselves in your head and move you to the dance-floor. 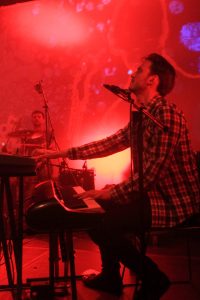 Main-man Adam Kidd’s musical journey began when, in his own words “Brit-Pop came along, a genre that seems so contrived in retrospect, but it certainly awoke the musical muse in me”. Tired of playing in bands he described as “complexity for complexity’s sake” Adam returned to his roots and began re-listening to the albums that inspired him as a teenager; Blur’s Modern Life Is Rubbish, The Bends and OK Computer by Radiohead, Elliott Smith’s Figure 8 and XO, as well as Elvis Costello’s My Aim Is True and The Beatles Abbey Road. …And Other Wild Things was recorded in Brighton and Bath and produced by Stuart Bruce (Band Aid, Duran Duran, Kate Bush, Stevie Wonder, Bob Marley, Art Garfunkel, Yes, Van Morrison). Of working with Stuart Adam says, “we would have long late night phone calls talking about musical direction and influence – he drew comparison to the writing of groups like 10CC – which led to me listening to them a lot during album rehearsals”.

Combining rock, pop and grunge with catchy melodies, Fragile Creatures take you back to a golden age of British guitar music without sounding reductively retro. Now the band are emerging from a winter spent hard at work in the rehearsal room, with upcoming shows focused on road testing the new material they’ve written for the second record before hitting the studio. What’s been heard so far is darker, bigger and more convoluted. 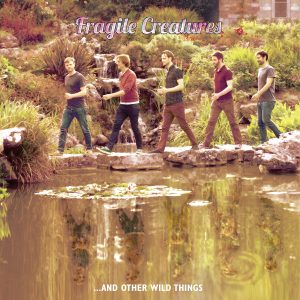 …And Other Wild Things LP 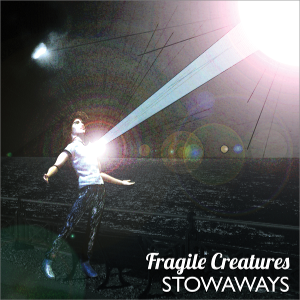 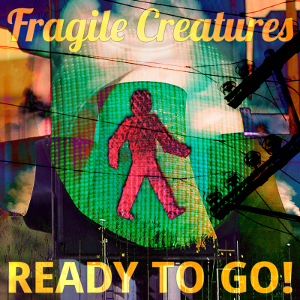 Read a Brightonsfinest album review of …And Other Wild Things here.